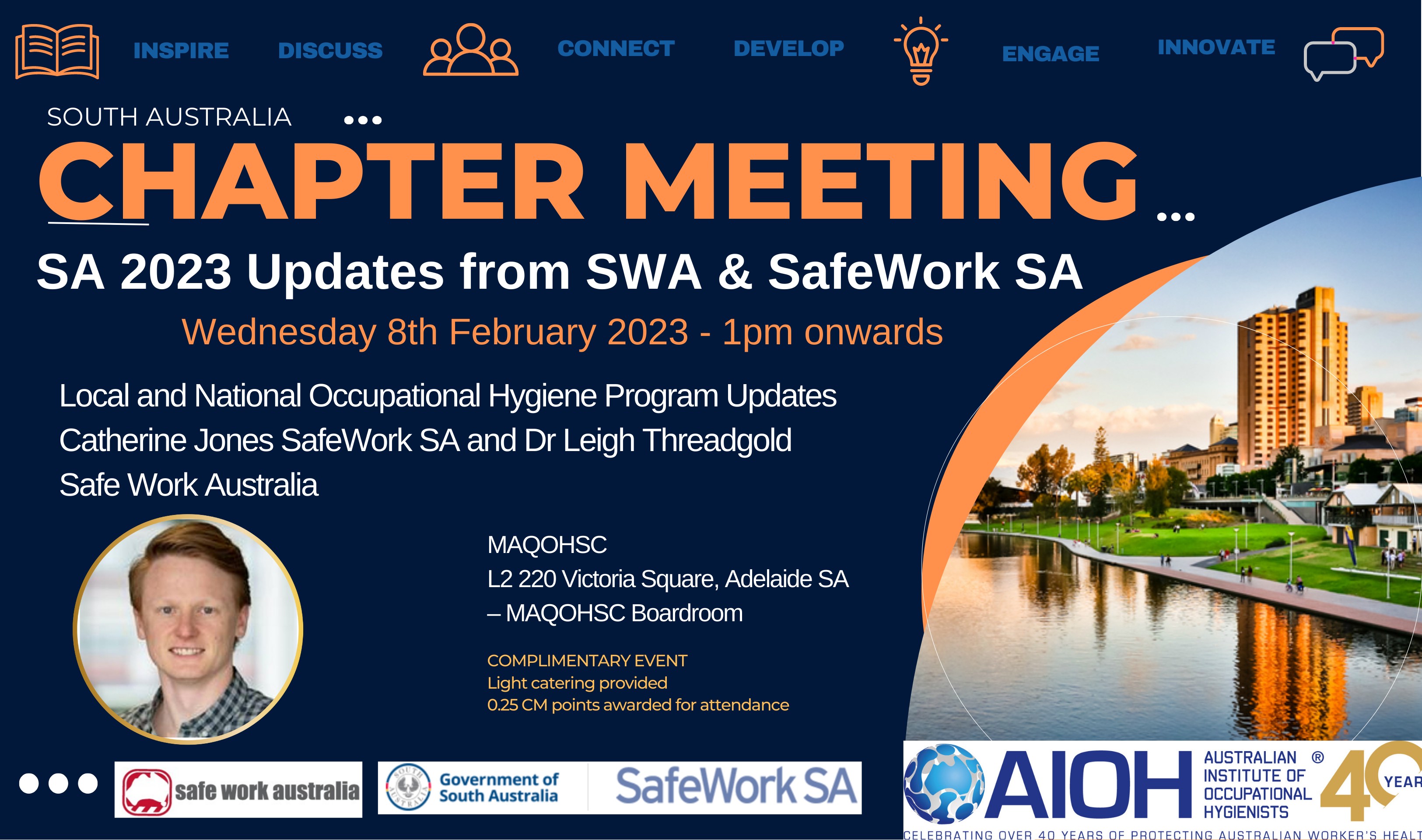 Additional info
MAQOHSC – MINING AND QUARRYING OHS COMMITTEE
The Mining and Quarrying Occupational Health and Safety Committee (The Committee) is currently a tripartite Committee comprised of Employers’ representatives, Unions and Government. It was established under the South Australian Occupational Health, Safety and Welfare Act 1986, and continues under the South Australian Work Health and Safety Act 2012.

The original scheme for work related silicosis compensation in SA started with eligibility to work provided by a government scheme known as the Silicosis Scheme. This provided health assessment and compensation for workers who developed the silicosis, prior to the establishment of the WorkCover Corporation (now Return to Work SA) which now fulfils this function for all injury and disease in SA.
The original silicosis fund started in 1939 under oversight of Treasury, with levies taken from industries where there was a risk of workers contracting silicosis. The scheme was one where exclusion from the levy by a business required a demonstration of dust exposure control.

The rules at the time for businesses in the scheme were that within 21 days of the engaging a new worker, their history of exposure was forwarded to the committee, which determined the worker’s suitability for silica work. The assessment was based on history and medical examinations initially undertaken by Drs Wunderly and Sleeman but later became the work of consultants and assessments at the Royal Adelaide Hospital[1]. Exclusion of workers occurred for preexisting disease. This requirement for workers baseline medicals continues today under the Work Health and Safety (WHS) legislation, but this duty now sits with business owners or employers under WHS regulations.[2]
The silicosis fund and silicosis committee operated for many years and there were more than 5000 workers allowed into the scheme before it stopped accepting workers in 1987.

The funds operations are detailed in legislation.
It has been used for health and safety activites since 1987.
What would you like to see it used for?